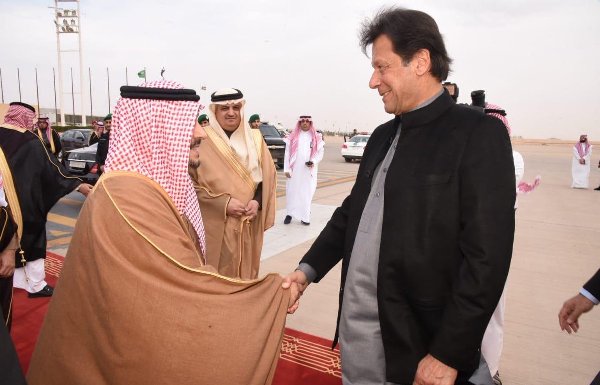 Prime Minister meets Saudi leadership in Riyadh where he arrived today to discuss the bilateral matters and regional situation.

Senior officers of the Saudi government as well as the Pakistan embassy were also present at the airport.

Meanwhile, the prime minister had earlier landed in Madinah Al Munawwarah. He paid respects at Roza-e-Rasool (Peace be Upon Him) and offered prayers there.

President calls for implementation of SOPs in mosques and Imambargahs