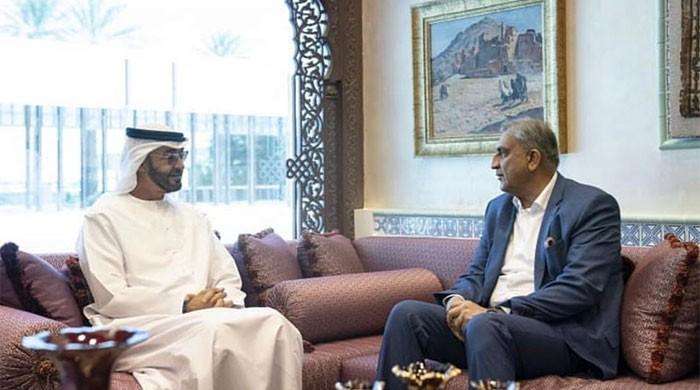 According to ISPR, they discussed regional security environment and matters of mutual interests.

However, UAE embassy in Islamabad also tweeted on COAS visit.

The UAE embassy’s account tweeted that the Deputy Supreme Commander of the UAE Armed Forces received the COAS.

It further said that that the corwn prince discusses with him the ways to enhance cooperation between the two countries.