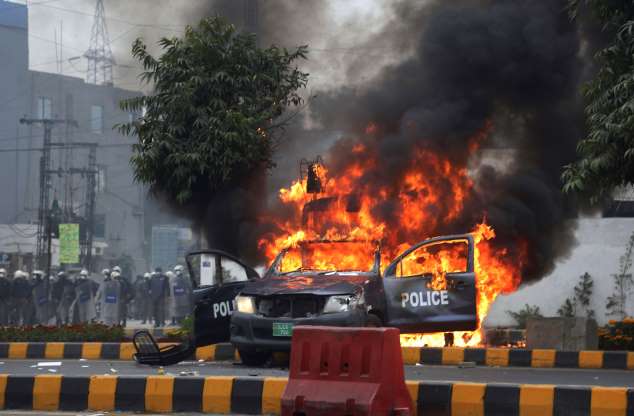 Notably, the exceptionally high level of charges reflects the authorities’ frustration over the violence.
Under Pakistani laws, assaults on government buildings and other property can carry the charge of treason.
However, such cases are then handled by anti-terrorism courts.
Meanwhile, the incident drew nationwide condemnation and the government says those linked to the violence will be tried in anti-terrorism courts and that maximum punishment will be sought for them.
Unfortunately, lawyers kicked and punching doctors and staff and trashing equipment and property, police said.
Three patients at the hospital died when physicians and medical staff left them unattended for several hours, to flee and escape the mob, officials said.
The mob of about 500 lawyers — apparently angered over alleged misbehavior by some of the hospital doctors toward one of their colleagues the month before — stormed the Punjab Institute of Cardiology on Wednesday, punching and beating doctors and other staff.
They also beat the doctors and medics with sticks, and smashed windows, doors and medical equipment at the only government-run heart hospital in the province of Punjab.
A police vehicle was burned near the hospital while several cars and motorcycles were damaged in the parking area of the facility. Police say they had to use tear gas to disperse the mob. The situation took several hours to bring under control.
GTV