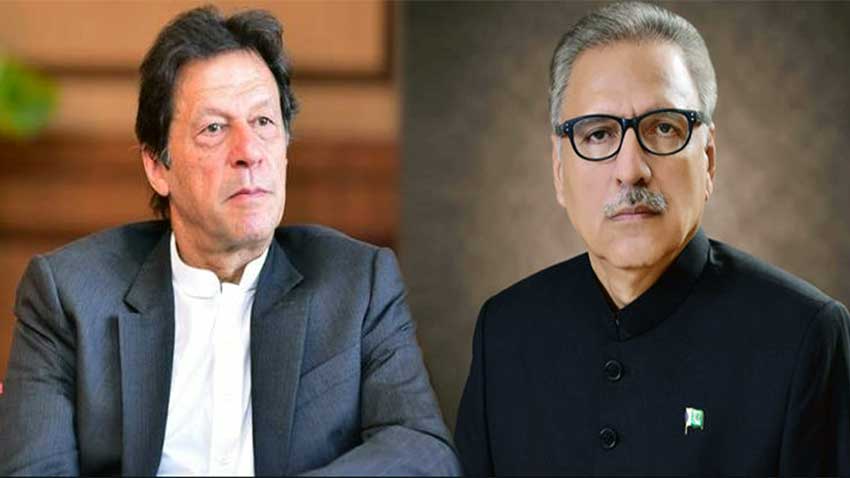 They said this in their separate messages on the Human Rights Day on Tuesday.

They reaffirmed Pakistan’s abiding political, diplomatic and moral support to the Kashmiri people in their just struggle for right to self-determination.

The President expressed serious concerns over the military lockdown, curfew and suppression of basic human rights of more than eighty million Kashmiris.

President Arif Alvi has urged international community to come forward and play their role for the protection of human rights there.

Furthermore, he also called for their role in winning Kashmiris their right to self-determination in accordance with the UNSC resolutions.

He reaffirmed Pakistan’s commitment to support the oppressed Kashmiri people.

President Alvi said Pakistan stands committed to protect and promote human rights. Pakistan will continue making efforts to safeguard freedom, liberty, dignity and self-esteem of every citizen of the state.

The Prime Minister said on this day, we must also keep in our thoughts and prayers the brave and oppressed Kashmiris in IOJ&K who are facing all sorts of human rights abuses at the hands of Indian occupation forces.

He said since 5 August, the situation has deteriorated further. “Occupied Kashmir has been transformed into the world’s largest prison, with an inhuman lockdown and other restrictions which are imposed for more than four months.”

International community must act in support of the fundamental human rights and basic freedoms of the Kashmiris, he urged

Her said a peaceful, negotiated settlement to this long-standing dispute, in accordance with UN Security Council Resolutions and the wishes of the Kashmiri people should remain the focus of the international community.