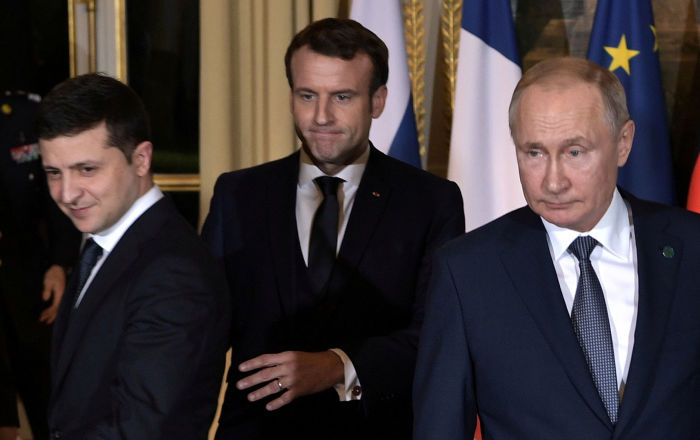 Man killed in Berlin was a killer and Russia had sought his extradition, Russian President Vladimir Putin said.

The Georgian man murdered in Berlin in August was himself a killer who took part in bloody acts on Russian soil. Moscow’s requests for his extradition had not been heeded.

Asked at a news conference in Paris if Russia would respond in kind to Germany’s expulsion of two Russian diplomats over the man’s killing. Putin referred to unwritten laws in such cases: you expelled our diplomats, we expel yours.”

Earlier, German prosecutors suspects Russian or Chechen involvement in the murder of the man in a Berlin park.

But Russia has denied any involvement. It further said last week it would retaliate for what it called Germany’s “unfriendly” move.

Germany said last Wednesday it had expelled the two Russian embassy employees in protest over what it said was Moscow’s lack of cooperation in the investigation into the murder.

The expulsions marked an escalation in already heightened tensions between Russia and Germany and other Western countries following the poisoning last year of a former Russian spy, Sergei Skripal, and his daughter on British soil.

Chancellor Angela Merkel told Monday’s joint news conference with Putin, and the leaders of France and Ukraine, that she had told the Russian president.

She further said that in a bilateral meeting she said that Berlin expected Moscow to provide information for the investigation.
But Putin told the same news conference in Paris that the man had fought on the side of anti-Moscow separatists in Russia’s mainly Muslim north Caucasus region.

“He is a cruel and blood-thirsty person. In just one of the attacks in which he took part, he killed 98 people. He was one of the organisers of explosions in the Moscow metro,” Putin said.

However, he said he didn’t know what happened to that man in Berlin. It’s a criminal milieu and there, anything can happen.”

“But I believe that it is not appropriate to expel diplomats who have nothing to do with this, purely on the basis of preliminary conclusions,” Putin said.

The Russian-Georgian victim, known as Zelimkhan Khangoshvili, was shot dead in August while he was heading to a mosque.
Surveillance camera footage showed the suspect had cycled up close to the victim who managed to push him over.

Meanwhile, , German prosecutors said victim tried to flee but the killer pursued him and shot him at least twice.

They said sufficient leads indicate the Russian state or Chechen authorities ordered the killing. Moscow had designated the victim, who had fought against Russians in Chechnya, a terrorist.

A suspect was detained soon after the killing and investigators had discovered his real identity.

They named him only as Vadim K. or Vadim S. Der Spiegel magazine has reported his passport number links him to Russian security services.