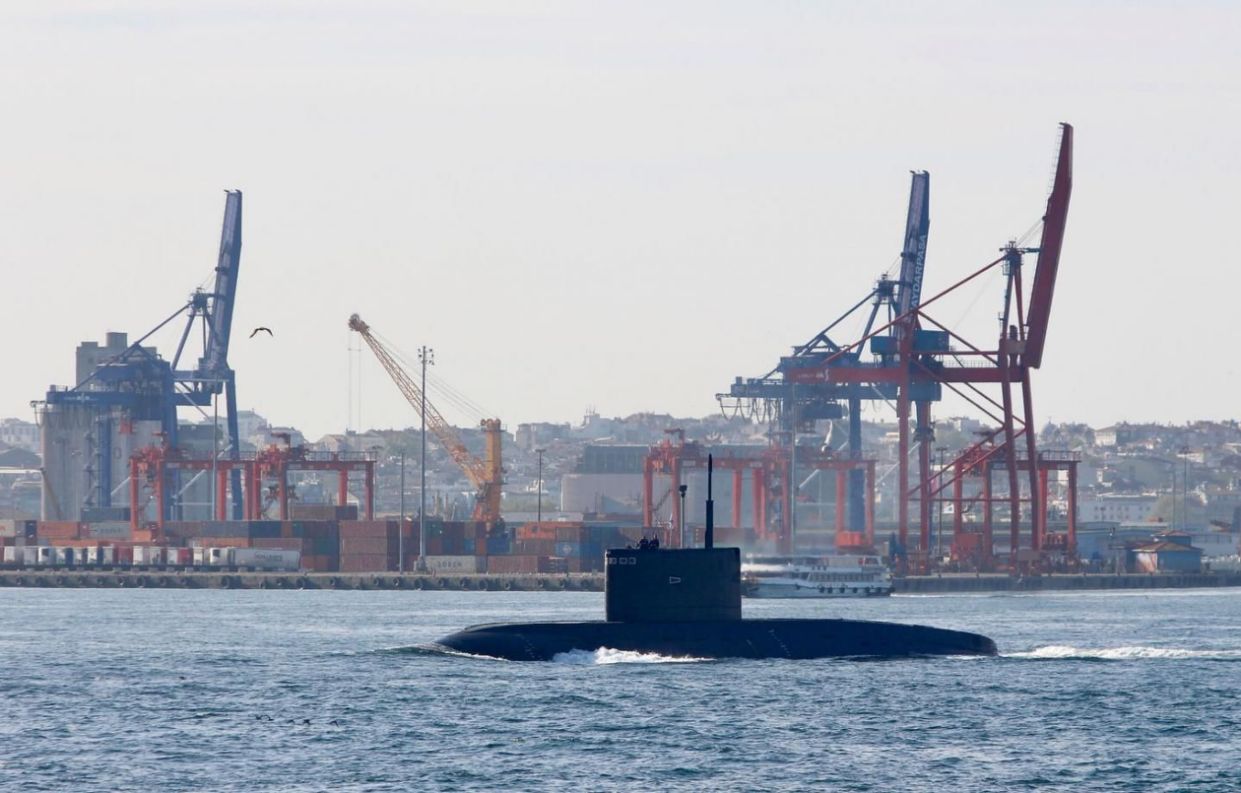 The incident reportedly involved one or two Russian Kilo-class diesel-powered submarines, which have been dubbed the “Black Hole” by Western navies because they are remarkably quiet. Their prey was a British Astute-class nuclear attack submarine.
“Two Russian frigates and an anti-submarine aircraft are also thought to have been searching for the British boat as it maneuvered to put its Tomahawk cruise missiles within range of Syrian military targets,” according to The Times of London.
“The Astute-class submarine is believed to have spent several days trying to evade detection in a tense and dangerous contest.”
The British sub did not fire its Tomahawks during last week’s strike by American, British and French forces against Syrian chemical weapons sites, leading to speculation that the British boat was driven off by the Russian subs.
The Kilo-class subs were reportedly based at Russia’s naval installation at the Syrian port of Tartus, said The Times, citing anonymous British military sources.

Indicating just how serious the incident was, U.S. planes flew cover over the British vessel.
“The British submarine has been protected by the U.S. Navy, which began flying P-8 maritime patrol aircraft over the eastern Mediterranean last Wednesday to track Russia’s ships and subs,” The Times said.
“This is believed to be the first time an underwater duel has taken place in the build-up to [missile] strikes,” The Times added.
Russia’s Sputnik News site quickly trumpeted the incident, though it cited British media rather than the Russian military.
“The Kilo-class Russian submarines, which carry an impressive arsenal of torpedoes, as well as cruise and anti-ship missiles, are considered by British military experts as a ‘considerable threat,’ Sputnik News added.

“In comparison, the Astute-class British submarines have limited firepower and can carrying around 20 Tomahawk cruise missiles.”
So did Russian submarines really track down a British sub? As so often with the Silent Service, it’s hard for those of us above the waves to know what really happened.
Given that Russia had been forewarned for days that a strike on Syria was coming, it seems quite plausible that their air and sea forces were out looking for cruise-missile subs in the Eastern Mediterranean.

It’s also true that while nuclear-powered submarines are faster and have longer range, smaller diesel boats like the Kilos (which weigh about 2,300 tons compared to 7,400 tons for an Astute) are handier in coastal waters.
The Kilo also has noise-reducing features, such as a sound-absorbing anechoic hull coating and engines isolated from the hull by a rubber base, so as not to transmit noise.

But this doesn’t necessarily mean the Russian subs outmaneuvered the British vessel.
The Astute-class is an advanced vessel that first sailed in 2001. The Kilos are a highly successful design, but a Cold War–design nonetheless, which first sailed in 1980.
“I very much doubt it conducted any tracking or surveillance of the Astute submarine,” former U.S. Navy submarine officer Bryan Clark told the National Interest.
“The Kilo is not designed for ASW and has an older design passive sonar system. It is designed primarily for attacking surface ships with missiles or torpedoes or targets ashore with cruise missiles. Furthermore, as a diesel submarine, it also cannot keep up with a nuclear submarine for more than 2 to 3 hours without snorkeling to recharge its batteries.”
“The Astute is a quiet nuclear submarine, but if the Russians were using active sonar, they may have gotten lucky and detected it, although it is doubtful they would have been able to track it for a sustained period,” added Clark, now a senior fellow at the Center for Strategic and Budgetary Assessments.
The Syria incident is sure to fuel the debate over whether nuclear-powered submarines are still superior to the latest ultra-quiet diesel-powered subs equipped with air independent propulsion (AIP). But Russia is still laboring to to develop a successful AIP-equipped diesel sub, which the Kilos off Syria almost certainly weren’t.

“It is the case that the gap in stealthiness between Western and Russian submarines has reduced significantly from what it was for most of the Cold War,” Nick Childs, a naval expert at Britain’s International Institute for Strategic Studies, told the National Interest.
“It is also true that modern diesel-electric submarines have an inherent advantage in terms of radiated noise compared to nuclear-powered submarines. Having said that, nuclear-powered submarines have many other tactical advantages, including speed and power. U.S. and UK. submarines are probably among the stealthiest available. They also have, and this is particularly true in the case of the UK’s Astute-class submarines, some of the most powerful and sensitive sensors available.”
So what can we deduce from the incident? As Childs put it, “I wouldn’t wish to draw any conclusions from unconfirmed reporting. There are multiple possible reasons why the UK did not deploy submarine-launched missiles on this occasion.”
Michael Peck National Interest: