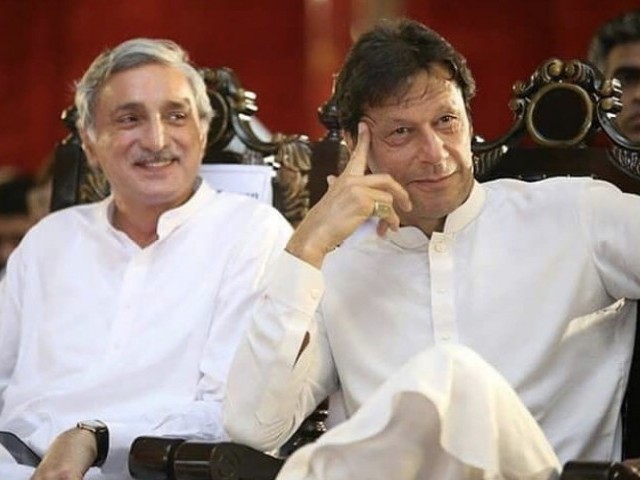 Pakistan Tehreek-e-Insaf (PTI) leader Jahangir Tareen rebuffed the minus Imran formula. He said the party was nothing without prime minister Khan.

He said this, while ta;king to the media after meeting with Pakistan Muslim League-Quaid (PML-Q) chief Chaudhry Shujaat and Speaker Punjab Assembly Chaudhry Pervaiz Elahi in Lahore.

Chaudhry brothers doesn’t have any reservations, he asserted.

Tareen ruled out possibilities of any minus-Imran Khan formula. He said that PTI remains due to Prime Minister Imran Khan. He added that the present government continued its efforts to make national economy stable. Previous rulers of PML-N and Pakistan People’s Party (PPP) destroyed economy during the last 10 years.

The PTI leader said that the parliament is a superior institution which has full power for legislation. Tareen claimed that the government will approve a law after making a consensus with the opposition at an appropriate time.

“Those facing cases in the country after trying to flee abroad to prevent themselves. I’d contacted Akhtar Mengal today and we have decided to resolve all issues through dialogues. I have also met Chaudhry brothers and they don’t any reservations with the federal government.”

While answering another question, Tareen said that the matter will be taken into consideration regarding former military ruler Pervez Musharraf at the time of the court verdict.

Tareen said that Pakistan Peoples’ Party (PPP) and Pakistan Muslim League-Nawaz (PM-N) have ruined the country’s economy and the PTI government is trying to improve economy. “We have harvested what the opposition had sowed,” he said.

To a question regarding PML-N leader Maryam Nawaz’s plea seeking to travel abroad, the PTI leader said that those who are facing cases wanted to go abroad.

He fiurther said that Shehbaz Sharif had gone to London to take care of former prime minister Nawaz Sharif.

Meanwhile, Jahangir Tareen predicted that the time to minus Maryam Nawaz, PMLN VP, has arrived. He made this prediction while answering a question regarding the current political scenario of the country.