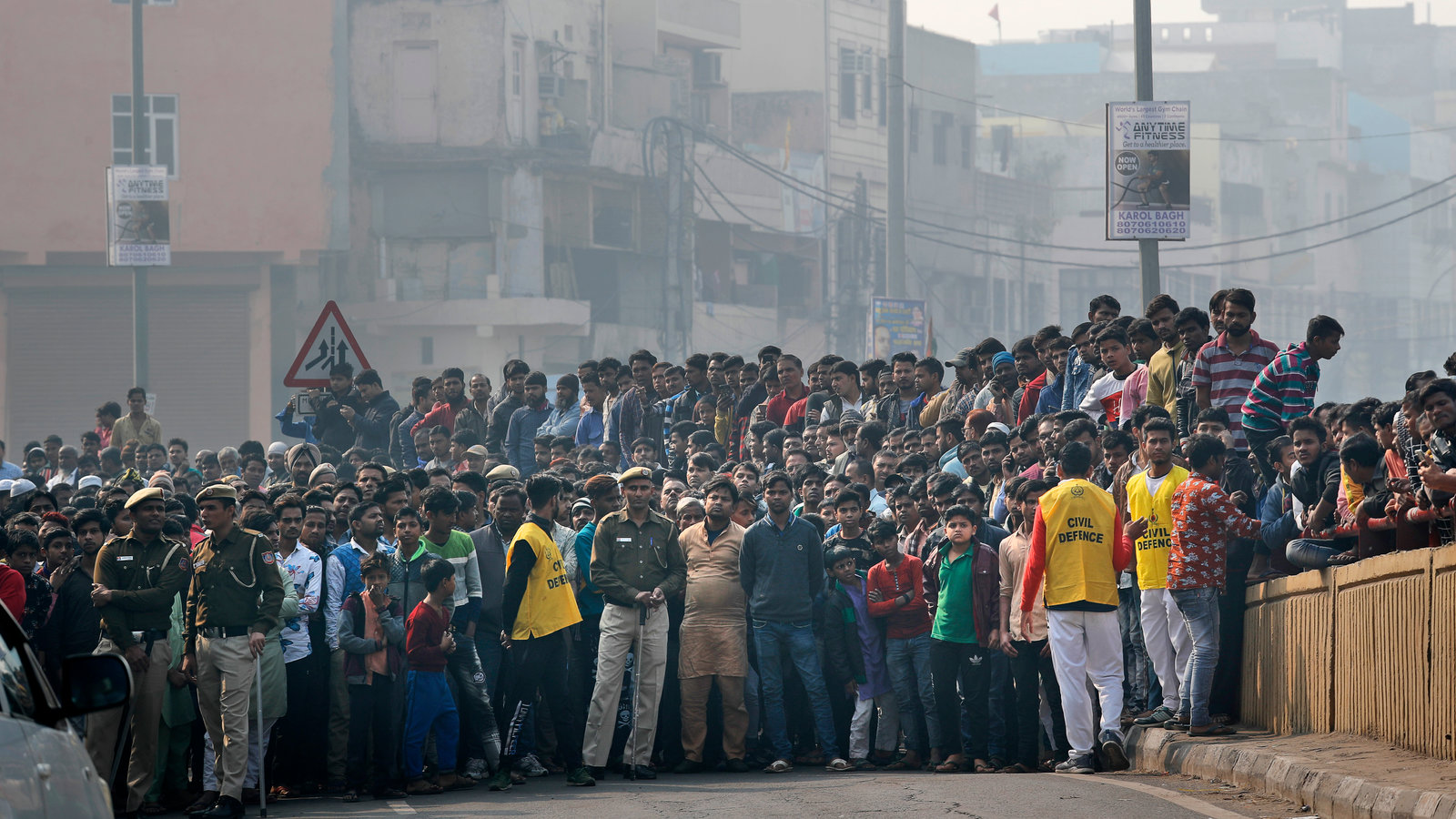 At least 43 people killed due to a major fire in New Delhi building. The fire engulfed a building in India’s capital on Sunday where handbags and other items were made by workers earning as little as 2 dollars per day.

The blaze in New Delhi’s Karol Bagh neighborhood, a warren of narrow alleyways with electrical wiring strung helter-skelter, was the second major fire there this year.

In February, 17 people were killed in a blaze that started in a six-story building’s illegal rooftop kitchen, according to msn.com.

Assistant New Delhi police commissioner Anil Kumar Mittal said that “the fire appears to have been caused by an electric short circuit,” adding that authorities were investigating whether the factory was operating legally. Building laws and safety norms are routinely flouted in New Delhi, making fires common.

The building’s owner, Rihan, who goes by one name, was detained on suspicion of culpable homicide not amounting to murder, Mittal said.

Firefighters had to fight the blaze from 100 meters (yards) away because it broke out in one of the area’s many alleyways, tangled in electrical wire and too narrow for vehicles to access, authorities said.

A resident of the area, Mohammed Naushad, said he was woken by people wailing at around 4:30 a.m. He went outside to find smoke and flames shooting out of a building near Sadar Bazaar. Inside, he found the fourth floor engulfed in flames. One floor below, he saw “20 to 25 people lying on the floor.”

“I don’t know if they were dead or unconscious, but they were not moving,” Naushad said.

He said he carried at least 10 people out of the flames on his shoulders and into the arms of emergency responders.

Maisuma Bibi, a day laborer making plastic handbags, survived the blaze. She said she was sleeping in a room with about 18 other women and children on the building’s first floor when she woke to find a bag full of plastic parts on fire. Her brother-in-law carried her to safety, she said.

Outside a mortuary that was guarded by dozens of police officers, some of the workers’ relatives said they had received phone calls from the men trapped inside, who begged them to call the fire brigade. Family members identified the dead from photos on police officers’ phones.

Many of the men were migrant workers from the impoverished border state of Bihar in eastern India, relatives said. They earned as little as 150 rupees ($2.10) per day making handbags, caps and other garments, sleeping at the factory between long shifts.

Many of the victims were asleep when the blaze began, according to Yogesh, a police spokesman who uses one name.

Dr. Kishore Singh said rescuers brought victims to his government-run hospital and two others in the city. Another 16 people were being treated for burns or smoke inhalation and were in stable condition, Singh said.

Police barred relatives from entering Lok Nayak hospital, where some of the victims were taken. Relatives of the workers cried, consoled one another and jostled for information.

“I was told by someone my nephew is inside, but I haven’t seen him,” said Mohammad Moti, who was searching for his 22-year-old nephew, Mohammad Chedi.

Fire Services chief Atul Garg said it took 25 fire trucks to put out the blaze. About 60 people, including some of the dead, were taken out of the building, said Mittal, the assistant police commissioner.

“My thoughts are with those who lost their loved ones. Wishing the injured a quick recovery,” Modi tweeted.

Americans come to streets to protest for complete vote count